Insights
You are at:Home»HAIRSTYLES»Hair Trends»Men’s Undercut Hairstyles 2016 – The Fade Away Trends
By Arish on February 24, 2016 Hair Trends

We’ve all been enjoying the latest transfiguring hair trends that have perked up modern day styling with their magical trims and vicious outlooks. The latest men’s undercut hairstyles 2016 in the fade away themes are most certainly some of the most voguish haircuts  with ideas chic , jittery and stimulating for every one who wants walk in trend.

It’s all about how to bring about variation of outlook with redefined dimensions in cutting. Moreover it’s merely wonderful to see how effortlessly men’s undercut hairstyles 2016 dish out a vast gallery of superb haircuts with a lineup of smart ideas for every length paired with a shaved/ bold low military reaping.

With close shaved almost unanimous in every style, below are some of the hottest men’s undercut hairstyles 2016 that have some feverish ideas for young men and boys to kick start looks that are so impressive and here to stay for a long term basis.

Curls have indeed been some of the most loved hair trends in every passing phase of transitions in hair trends. With a fade away military shaved patch till the mid section, a cluster of short-medium ringlets on top gives a very refined and tasteful teasing effect to the haircut. For a bit of twist, a slight uneven parting enhances the cropped feature of the short style and also emphasizes the mass of curls on the off side. For the dark and handsome look, a murky hair shade like chocolate brown is ideal. For men wanting to carry the flirty factor of freshness and youthfulness, light and flaring shades like the blondes and reds seem perfect.

So far we had been seeing creativity in the women’s hairstyles, but that is a thing of the past now. For men too, there is a wide variety of fanciful ideas to adopt which is evident in the men’s new undercut hairstyles 2016. African inspired ideas like the fancy cornrows and reaped stripping are some of the highly taken ideas that give even the simplest of men haircuts a thing to talk trend with.

For medium length hair, this is a great style idea which designs the top hair in semi wet, dirty textures on one side and allows double cleared strips of shaved lines to pump up the funkiness of the concept. An inch interval between the shaved lines helps highlight the fade away impression even better. 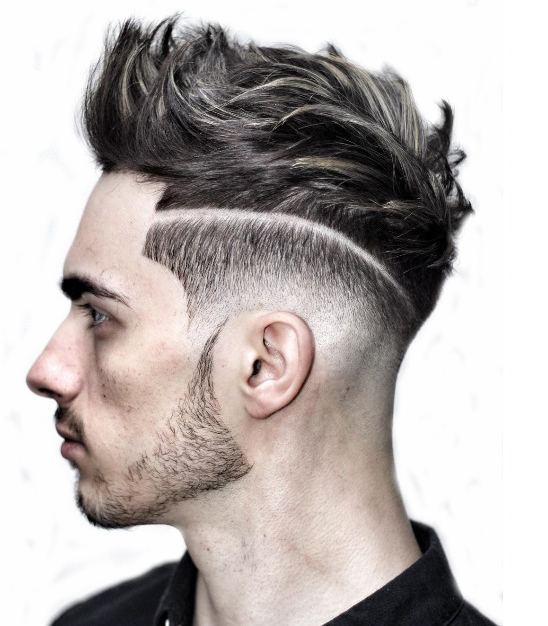 Color is the ultimate way for men to define their taste in styling. From the new hair color trend list, light and dull streaking on dark hair bases is a great way to go about a classy and slightly sophisticated looking edition of these untamed haircuts.

Ash gray and dull; blondes are what we are focusing on. They allow the men’s undercut hairstyles 2016 to edge out with a variation without going too bold and loud. The random direction of the haircuts give a mysterious ground of play to some of the smartest looking options for men.

Not all of the men’s undercut hairstyles 2016 tread on the concept of close shaves. A bit of change and variation always works wonders when it comes to giving the men’s undercut hairstyles 2016 a boost of trendiness. Overgrown side shaves along with medium-long front asymmetric bangs is a hip hair trend that is all settled and 24 hours styled. These inspiring angular front trims offer a more grand and sporty way to carry medium short hair. 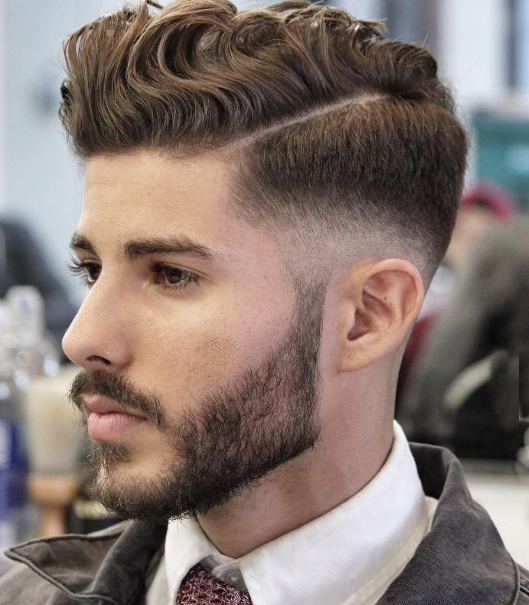 Dull, sultry and damp hair textures are all favorites for these type of men’s undercuts hairstyles 2016 which allow you to sculpt out crafty hair designs. The vintage deep heat surges are one of the hottest wavy undercut hairstyles 2016 you’re going to find for young boys and lads that carry a tinge of formality in the grooviest manner.

One of the most graceful looks of the latest men’s undercut hairstyles 2016 is that of the medium tamed Mohawk. Missing out on the violent random lash outs, this version of the undercut style has a neatly trimmed Mohawk that has a massive density up front and tends to slim and fade out while going towards the back. It a very charming idea for men having thick hair and suitable for all formal and casual routines.

If you’re looking for a way to make the your choice of the men’s undercut hairstyles 2016 a bit more fierce , then the slick themes are what to focus on. With a glossy and settled format, simply brush towards the side, do backward combing or part up– in any case you can give yourself a gentleman look that seems fashionably vicious with cropped backs and sides.

Spikes are an inevitable part of means modern hairstyles and they always come by with a twist in presentation. The latest hair trends 2016 have the concept of the beard as a hip idea to boost the grace of men’s hairstyles out of which it seems to be the perfect combo for the new men’s undercut hairstyles 2016 carrying spikes. Blunt and portioned random spikes with a few days beard simply is an outclass way to enjoy looks of maturity, handsomeness and grace.

Bad hair days are finally over because despite the messy touch in men’s latest styles and hair trends , it is all settled and impressive with the undercuts. Medium muddled hair   trendily bring the drama to the front with longer strands hoisted fussily at the front crown followed by short and faded trimming as we move backwards. This out of the bed look requires minimal care because the shaved or tapered backs and side do the talking.

The trend of the yester years continues to inspire us even today- with a touch of modern approach off course. With the quiffs, it’s not all about a high raising but also about how well you can present a massive volume of hair. For men with thick hair, this is one of the best ideas that allows you to flaunt away what you have in the fade away cutting. With medium length trimmed down close to the skin, the top density of the hair is swept backwards and held in position with finger brushing. The light gaps in between display a very fine look of the late 70’s style.

Long and medium hair have indeed been a thrill in hairstyling these days and for men too, they have given the opportunities to play around with an extra bit of length. The pompadours or elf-styles have options of the raised reverse rolls or side combed brushing on damp and gelled medium long hair to give a balance of maturity and formality to this type of styling.

These trendy men’s undercut hairstyles 2016 are a fascinating play of style ideas which can be molded in a hundred ways to suit your taste and need. They indeed are some of the hottest ways to remove boredom from your monotonous looks.