Managing long hair is often a hassle  but the latest  vivacious styles like the Ponytail Hairstyles 2014 are the classic  ways to bind them up easily; which  certainly doesn’t  mean the simple way.  Simplicity is in fact no more the talk of the town, the latest hair trends have fused a number of hot trends which have given these Ponytail Hairstyles for long hair a more glamorously refined look replete with tinges that are perky and chic. They are  the ideal summer hairstyles for  young and mid aged ladies and cater to the numerous formal needs as well.

Some of the top looks in the latest ponytail hairstyles 2014 are:  The puffy ponytail: The puffy ponytail is one of the most beautiful hairdos in the  Hairstyles 2014 which offer a dramatic effect. For making this hairstyle, part half of your hair on the side or even in the middle and after that pull your hair back in the ponytail form. After securing the pony with an elastic band, backcomb it with the bristle brush for giving it a fluffy look. You can play around with looks and go for a pompadour effect as well with a high raised ponytail from the back. 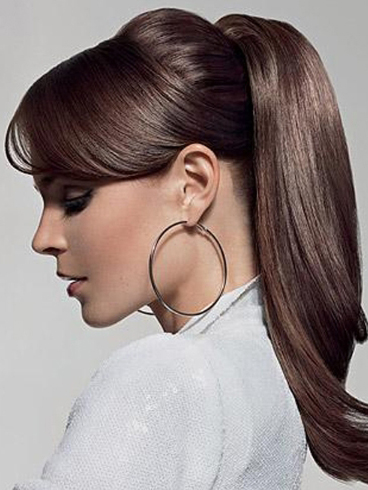 Fusing bangs and fringes in the hairstyles 2014  for long hair can be a good addition to simmer stunning looks. For this hairdo, mist your hair with a quality hairspray and then dry it out roughly by using a blow dryer. After that, pull the tresses back and secure them with the elastic bank into a ponytail position at the nape of the neck. Now above the ponytail, separate the hair and pull the ends through the divided section for giving it a knotted look. 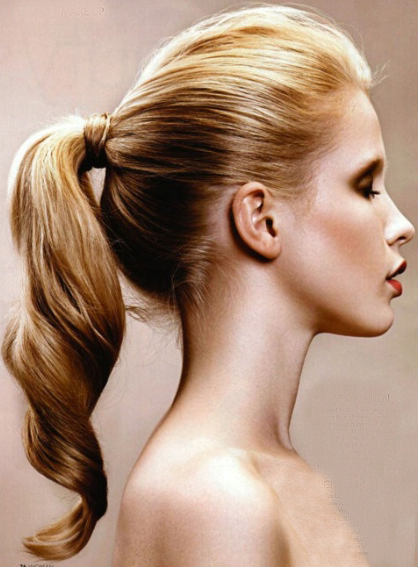 The beribboned ponytail is one of the trendiest messy ponytail hairstyles 2014 for long hair that is all about the texture of the hair. It is best for the natural wavy hair. All you need to do is dab a little of the Moroccan oil on the wet hair and then blow it dry with a round brush. Mess up your hair with a little wax or gel in your hand if required. After that, brush the hair towards the back into a shape of the ponytail and secure it with an elastic band and it is done.