Insights
You are at:Home»HAIRSTYLES»Hair Trends»Men’s New Hairstyles 2014
By Nazia on November 29, 2013 Hair Trends

For men it is also a great time of the year to pursue a new look  for a dazzling and handsome fashion transition which can effortlessly bring about a better change of appeal. The Men’s new hairstyles 2014 are the starters of this fabulous change if you really wish to make it matter for yourself. The upcoming hairstyles have a great many changes in not only color and styling inclinations but also in the length of the hair. With so many hot looks on the menu; it’s just a matter of pinning down the right one for you.

Extreme cropped styles have been a great hue and cry in the current fashion trends in hairstyling but that no longer makes it way to the hottest men’s new  hairstyles 2014  amidst the popular looks. The length has been tampered and the emphasis in on  longer length of hair on the crown area. So if you’ve been taking up the cropped buzz look ; be ready to bring about the change for a hot new look with a raised  front that can be given many diverse looks out of which the retro twists and the funky styles tend to be real charmers.

So even if you stick to the buzz hairstyles; it doesn’t matter because making a slight alteration will still make you run in vogue. All you have to do is let the top length grow  a bit and also let the extreme shaved sides get a little bushy so that the striking touch of a cropped look is whisked away. 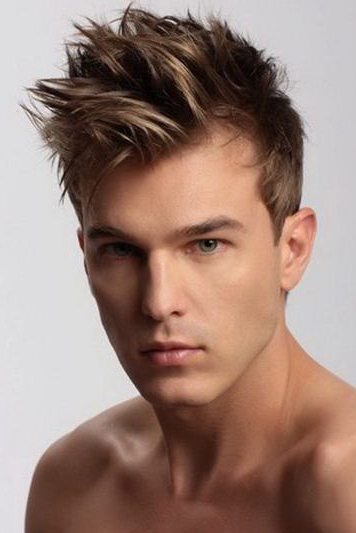 The use of blonde shade is one of the best shades to use  because it can give men that grace of flirty and sexy appeal they seek for  cool personality. Short men’s new hairstyles 2014 for men have the trends of the edgy and razor cuts as the top new looks for the short lengths. Modern and cute, the offer flattering fierce looks and definitely need regular re-touching to keep alive the spice of change.

The wet and gelled hairstyles in medium and long lengths  are another group of styles which the fashion ramps have given many glimpses of.  Medium length styles can be given sculptured looks in the center or side parted ways  while another contrasting look is a disheveled impression that is up for a very causal getup like that of the hairstyles 2014 for women. Giving the top medium length a wet and wavy look the remaining length is left to sway at the back or can even be tied up in a low ponytail. However; if you’re not comfortable with going with the wet and gel hairstyle, there is a myriad of styles in the normal hair texture to suit your taste. 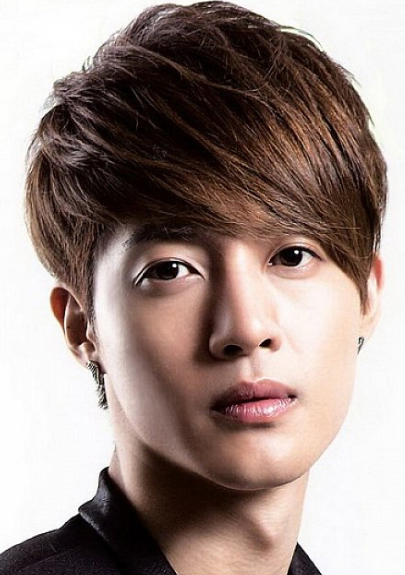 The medium and long wavy men’s hairstyles 2014 will definitely inspire you to take up a single style which tends to offer men a cool look with the printed summer shirts. These medium and long wavy styles are best for the mid aged men. The medium layers too are some of the popular styles of the men’s new  hairstyles  which have a strong appeal in the dark hair shades. The best thing about the men’s new  hairstyles 204 is that it has not ruled out a single hair texture as the rocking trend of the fashion 2014 hair trends but has taken up some of the hottest trends of the current hair trends and made it an addition to the new collection of hairstyles for men.